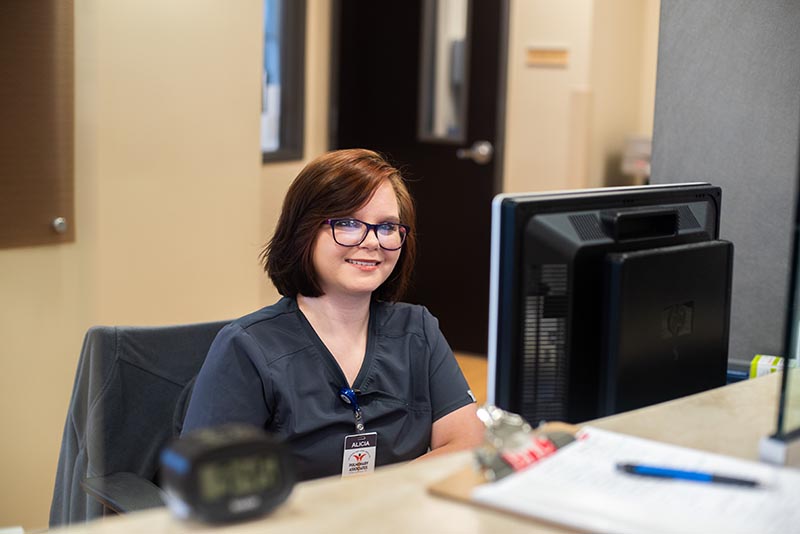 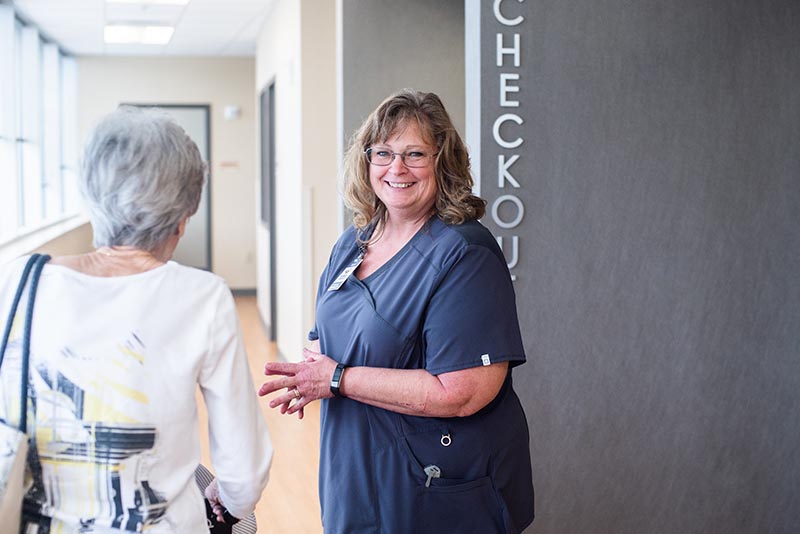 They are battery operated devices creating heat that aerosolizes a liquid (changes something into a fine spray) which can be inhaled by the user. ENDS products come in many different shapes and sizes and have different names. Here is a list of most common ones:

The concentrated nicotine solution used in some of these devices is called e-liquid or e-juice. These contain either the chemical compound propylene glycol or vegetable glycerin as preservatives, along with various flavorings. The ingredients vary by brand and there are few rules or regulations that control how the products are made (or advertised). So, the quality and purity can vary.

IMPORTANT – E-liquids should be kept out of the reach of children. Nicotine poisoning can be fatal to children as well as adults. As little as one (1) teaspoon of liquid nicotine can kill a 40-pound child.

Tobacco related toxins (poisonous substances that can cause disease) and carcinogens (cancer causing chemicals) have been found in the aerosol vapor of END products. Tiny heavy metal particles that are most likely from the casings and heating elements have been found in the vapor. Heating of the nicotine solution can create other toxins and carcinogens. Their long-term safety is unknown – and there is plenty of reason for concern. And recent research studies have not been able to show that they are effective in helping people quit smoking. There are other products approved by the FDA for smoking cessation aids, such as nicotine patch, nicotine gum, and nicotine lozenge.

Second hand smoke is the smoke that comes from the burning end of a cigarette, cigar, or pipe. It is also smoke that smokers exhale. These exhaled and burned substances cause changes that interfere with cells developing normally in your body. These changes in cells increase the risk of some cancers and other health conditions.Third hand smoke is the invisible tobacco ‘dust’ (or chemical) that settles in the environment and stays there even after a cigarette has been put out. Third hand smoke contains more than 250 chemicals. Children exposed to third hand smoke are at risk because the chemical, cotinine, which is a by-product of nicotine is found in their urine and blood. These harmful chemicals stay on your clothes, hair, rugs, curtains, toys, and coat every surface in your home and car. Where toxins have built up over time can cause harm to babies and children when they crawl on floors, sit on car seats, or cuddle adults. Pets are also at risk because the toxins stay on their fur or feathers.

Studies show that a person breathing second-hand smoke is exposed to the same tar, nicotine, cyanide, formaldehyde, arsenic, ammonia, methane, carbon monoxide and other cancer-causing chemicals, as the person smoking the cigarette. The smoke from the burning end of a cigarette has more toxins than the smoke inhaled by the smoker.

Ways to protect your children and yourself from second and third-hand smoke:

Alpha-1 antitrypsin deficiency (AAT Deficiency) is an inherited form of emphysema.  People with this condition do not have enough of a protein called alpha-1 antitrypsin in their blood.  This protein is made in the liver, and it protects the lungs so they can work normally.

Emphysema is a condition that involves damage to the walls of the air sacs (alveoli)of the lung.  The alveoli are like little balloons. Like a balloon, it takes effort to blow up normal alveoli; however, it takes no energy to empty the air sacs because they spring back to their original size.  In emphysema, the alveoli lose their stretchiness and trap air. This causes difficulty pushing all the air out of the lungs. This is called air trapping and causes hyperinflation in the lungs.

In alpha-1 antitrypsin deficiency, emphysema occurs more in the lower parts of the lungs than the upper parts.  The combination of constantly having extra air in the lungs and the extra effort needed to breathe causes a person to feel short of breath.  Airway obstruction occurs in emphysema because the alveoli that normally help keep the airways open cannot do so during inhalation or exhalation.  Without their support, the breathing tubes collapse, causing blockage (obstruction) to the flow of air.

Every person inherits two AAT genes – one from each parent.  Inheriting two abnormal AAT genes causes alpha-1 antitrypsin deficiency deficiency.  A person who inherits only one abnormal gene is considered a ‘carrier’. A carrier’s AAT levels may be lower than normal, the risk of major health problems is much less than in a person with two abnormal genes.  And not everyone that inherits two abnormal genes gets emphysema and/or liver disease. Some people never have symptoms, some have mild symptoms, and others have severe lung and/or liver problems. Smoking is known to make lung disease worse if you have alpha-1 antitrypsin deficiency.

Lung symptoms of AAT deficiency usually appear after age 30, but may appear earlier or much later.  The first symptom is usually shortness of breath during daily activities. Other symptoms include wheezing and decreased ability to exercise. AAT deficiency can be detected through blood tests or a new test using a sample of DNA from the cells inside your mouth.  Testing is recommended for certain groups of people:

Currently, there is not a cure for AAT deficiency, but there are treatments that can improve symptoms.  Medications such as bronchodilators or inhaled steroids to help open your airways. Your physician may recommend pulmonary rehabilitation to improve your breathing.  Patients with severe alpha-1 antitrypsin deficiency may be candidates for a lung transplant. A treatment called AAT augmentation therapy, which may slow down or stop the destruction of lung tissue may also be prescribed.  It is given intravenously and is usually given once a week for life.

Pulmonary Fibrosis describes a group of lung diseases in which thickening of the walls of the air sacs (called alveoli), caused by scarring, can result in cough, shortness of breath, fatigue and low blood oxygen levels.  Pulmonary fibrosis can be caused by an identifiable irritation to the lungs, but in many cases the cause is unknown. When the cause is unknown, the diagnosis is idiopathic pulmonary fibrosis (IPF). Idiopathic means there is no known cause at this time.

Most people with IPF develop symptoms of cough and shortness of breath between the ages of 50 and 70 years.  The oxygen in the air we breathe moves through the walls of the alveoli and into the surrounding capillaries (surrounding each air sac), where the oxygen is picked up by red blood cells and carried to the heart.  Carbon dioxide (CO?) moves in the opposite direction from O? and is exhaled. In IPF, tissue called the interstitium (within the walls of the air sacs) is thickened with scarring, making it difficult for oxygen to reach the capillaries.  The scarring makes the lungs ‘stiff’ and difficult to inflate. This low lung capacity, along with the problem with oxygen passing through the walls of the air sacs, causes shortness of breath. The amount of scarring can increase with time, making the lung even stiffer, further limiting its filling capacity, and limiting the ability of oxygen to pass through air sac walls.  this scarring is generally not reversible. Some people may remain stable for several years, while for other, their breathing can worsen more rapidly.

Symptoms may include a dry cough or shortness of breath.  Abnormal breath sounds, called crackles can be heard by your physician when you take a deep breath.  Crackles sound like Velcro® being pulled apart. Also, the ends of your fingers and/or toes changing shape (called clubbing) may be indicative.  After they physical exam, your Pulmonologist may order several tests, such as a chest x-ray, breathing tests, and blood oxygen level. Other tests that may be needed include blood tests, a high-resolution CAT scan of your chest, echocardiogram, and in some instances, a lung biopsy.

Once the diagnosis is made, it is important you be seen regularly by an IPF expert.  As new treatments develop, they can make the best recommendations for you. Therapies may be recommended to either treat your symptoms, or conditions that may develop as a result of having IPF.  Such therapies include pulmonary rehabilitation, supplemental oxygen, and treatment of pulmonary hypertension.

A cough can be caused by irritation of your nerve endings, called cough receptors.  These nerve endings are in many areas inside your body, from your head to just above your ‘belly button’.  Inhaling particles, vapors, smoke, fumes, dust, or cold air may trigger a cough by irritating these receptors.

There are three time periods to use to describe how long you’ve had your cough:

An Acute Cough which lasts less than 3 weeks and is most often caused by the common cold.  It can also be due to inhaling irritants such as pollens or strong fumes. Cough may be the first symptom of inadequate control of asthma.

A Sub-acute Cough most commonly happens after a respiratory infection often from a virus and can last 3 to 8 weeks.  Whooping cough (pertussis) and flare-ups of asthma, chronic bronchitis, sinusitis or bronchiectasis are other common reasons for a sub-acute cough.  See your physician if your cough improves, then worsens.

A Chronic Cough lasts more than 8 weeks and does not let up.  Usually a combination of reasons explain why you are coughing.  Upper airway conditions such as inflammation (swelling) of the membranes inside the nose (rhinitis) and sinuses (sinusitis) as a result of allergies or infections, or from poorly controlled asthma can cause chronic cough.  Also, cigarette smoking can cause chronic bronchitis resulting in a chronic cough. Gastroesophageal reflux disease (when contents from the stomach backup into the esophagus) can also cause chronic cough.

It is very important to see your physician if:

Chronic Obstructive Pulmonary Disease (COPD) can cause shortness of breath, tiredness, production of mucus, and cough.  Many people with COPD develop most, if not all, of these symptoms.

Tiredness or fatigue is also common in COPD.  If tiredness prevents you from being active, the inactivity will lead to greater energy loss which will lead to more tiredness. Without some type of regular program of exercise, it is hard to break the cycle.

Excess mucus (phlegm or sputum) can be a symptom of COPD. Your breathing tubes normally produce several ounces of mucus a day.  This helps keep breathing passages moist and is usually swallowed without you even knowing that you are doing so. However, when the lungs are infected or bothered by irritants, they try to protect themselves by producing more mucus than normal, which often makes you cough.  Mucus needs to be coughed up and you need to look at it. This will give you an idea of what is happening in your lungs. You will want to pay attention to the color, thickness, and amount of the mucus, and describe it to your physician.